Tottenham boss Antonio Conte expects to take his place on the touchline for Saturday’s visit of Wolves despite being sent off after a fiery 2-2 draw against Chelsea at the weekend.

Conte and Chelsea manager Thomas Tuchel, also sent off, twice came face-to-face in physical confrontations as the Italian celebrated Tottenham twice coming from behind to snatch a point thanks to Harry Kane’s 96th-minute equaliser.

Both coaches have been charged by the Football Association with improper conduct and have until Thursday evening to accept or appeal.

Unlike when a player is sent off though, Conte and Tuchel will not necessarily receive a ban.

“We have to accept and have respect for every decision, but I think sometimes this type of situation can happen,” Conte said on Thursday.

“It’s not the first time, it won’t be the last time that two coaches are not in the right way or do not agree.

“But the most important thing is we have to move on, to have respect for each other. And for me, the situation finishes there.”

Conte continued the feud with Tuchel after the game by posting on Instagram that the German would have deserved to be tripped up when he charged down the touchline to celebrate Reece James’s strike that put Chelsea 2-1 up.

“After this type of situation you can learn a lot,” added Conte. “At the same time I think that for many situations I was really good to keep calm and don’t have an excessive reaction in the situation.”

Spurs will be without central defender Cristian Romero for Saturday’s match after he picked up an injury in the Chelsea clash. 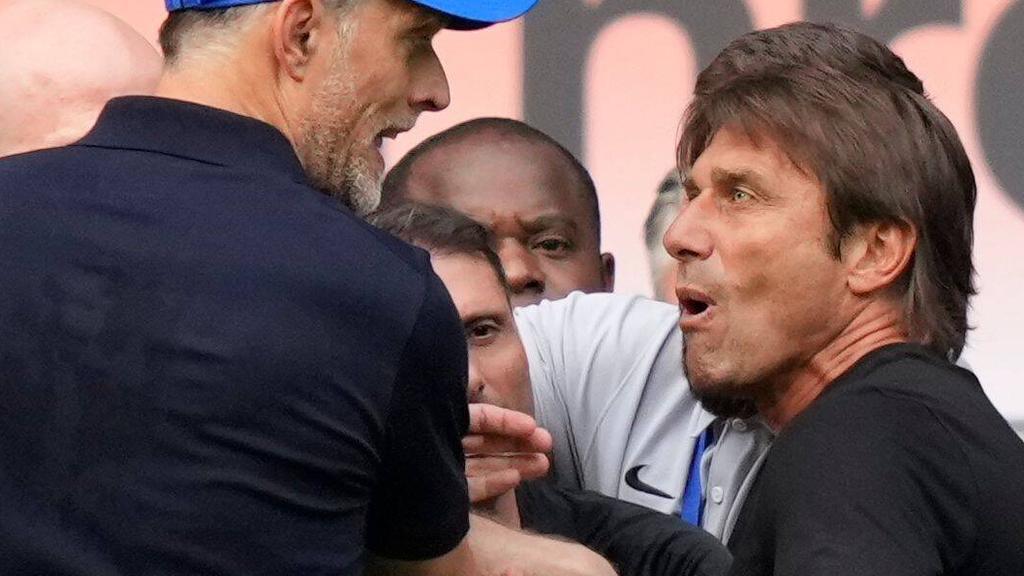