Danny Ings scored twice on his return from injury as Southampton marked their first match since being assured of Premier League survival with a 3-1 win at home to Crystal Palace on Tuesday.

Fulham’s defeat by Burnley on Monday condemned the Cottagers to the third and final relegation place, with Southampton spared the worry of a nervous finish to the season.

Their first victory in six games saw the Saints climb to 14th place in the table.

They had to come from behind, however, after Palace went 1-0 up inside two minutes at St Mary’s through Christian Benteke.

But Ings, fit after two games out with a hamstring problem, equalised in the 19th minute to score his 11th league goal of the season.

Palace could have regained the lead before half-time after Wilfried Zaha was brought down in the box, but Luka Milivojevic’s penalty was saved by goalkeeper Fraser Forster.

And three minutes after the break the Saints were ahead when the sliding Che Adams scored at the far post.

Ings, the Saints’ top-scorer, was about to be substituted when he sealed victory in the 75th minute by latching onto Adams’ pass and poking the ball past onrushing Eagles’ keeper Vicente Guaita. 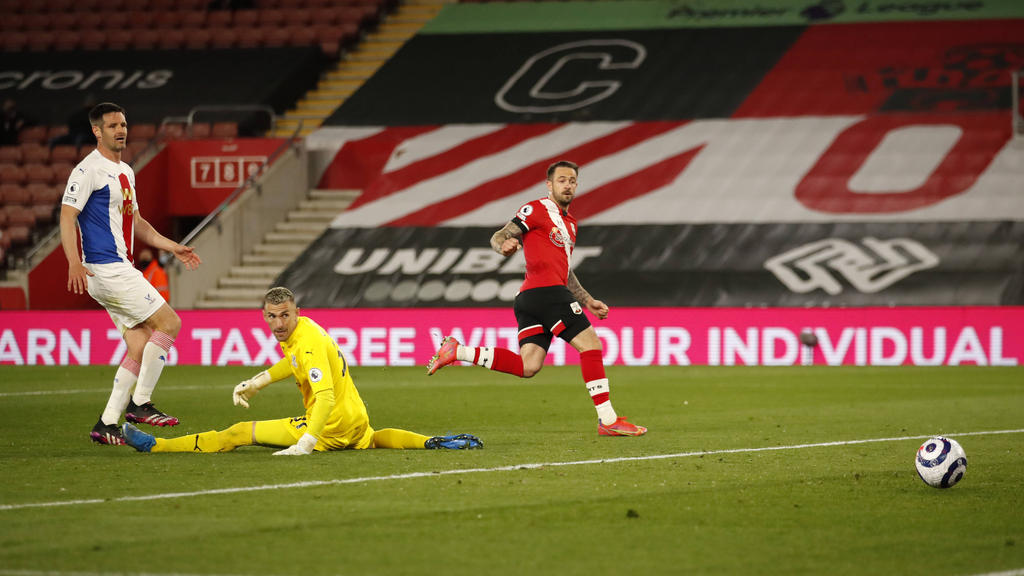