Pierre-Emerick Aubameyang returned to scoring form with a double as Arsenal’s rise up the Premier League table continued with a comfortable 3-0 win over Newcastle on Monday.

The Gunners were facing an unlikely battle for survival less than a month ago, but 13 points from a possible 15 have lifted Mikel Arteta’s men into 10th and within seven points of the top four.

Despite Aubameyang doubling his tally of league goals from open play this season, it was again Arsenal’s dynamic young duo of Emile Smith Rowe and Bukayo Saka who caught the eye as the later slotted home the hosts’ second goal in between the captain’s brace.

“When we are winning they put a smile on my face,” said Arteta of Smith Rowe and Saka’s impact.

“I know what they are capable of doing. They are developing really well, that’s merit to them, to their teammates and everyone who is involved to help them develop and protect them. The performances they are putting in are extraordinary.”

Newcastle do remain firmly in a relegation fight after a ninth consecutive game without a win despite Steve Bruce making eight changes.

Bruce said “the gloves were off” after a scathing analysis of his side’s display in becoming the only team to lose to Sheffield United in the Premier League this season last week.

However, there was no change from the Magpies, who showed little ambition in failing to force Bernd Leno into a single save of note.

Newcastle still enjoy a seven-point cushion above the relegation zone, but those behind them are in better form with still over half the season to play.

“We’re having a difficult moment, that little bit of confidence has ebbed away,” said Bruce, who pointed to Arsenal’s first two goals as example of why he has not played in a more expansive style this season.

“That’s why we’ve been deep in the past to avoid situations like that. Unfortunately we’re throwing bodies forward trying to score a goal and one pass and we’re caught.”

Aubameyang’s struggles in front of goal have played a major part in Arsenal’s difficult start to Arteta’s first full season in charge.

Another night to forget seemed in store for the Gabon international when he hit the post with the goal gaping after Karl Darlow had diverted Saka’s low effort into his path at the back post midway through the first-half.

But Aubameyang made no mistake with a more difficult chance early in the second-half after Newcastle were caught short from their own corner.

Thomas Partey got his first assist since arriving from Atletico Madrid in October as he set Aubameyang free in behind and, despite being forced onto his weaker left foot, he fired high beyond Darlow to open the floodgates.

The emergence of Smith Rowe has helped turned Arsenal’s fortunes around in recent weeks since Arteta began to put his faith in the 20-year-old ahead of expensive recruits Willian and Nicolas Pepe.

Smith Rowe’s inviting cut-back was swept home from just inside the area by Saka for his third goal in five league games.

Aubameyang then had an even easier task to slot home just his fifth league goal of the season into an empty net after Cedric Soares just managed to keep the ball in play with a low cross.

Another headache for Arteta is also set to be solved with Mesut Ozil on the verge of agreeing a move to Fenerbahce.

“He’s in Turkey now. There is some paperwork still to do and when the deal is finalised we’ll make the announcement.” 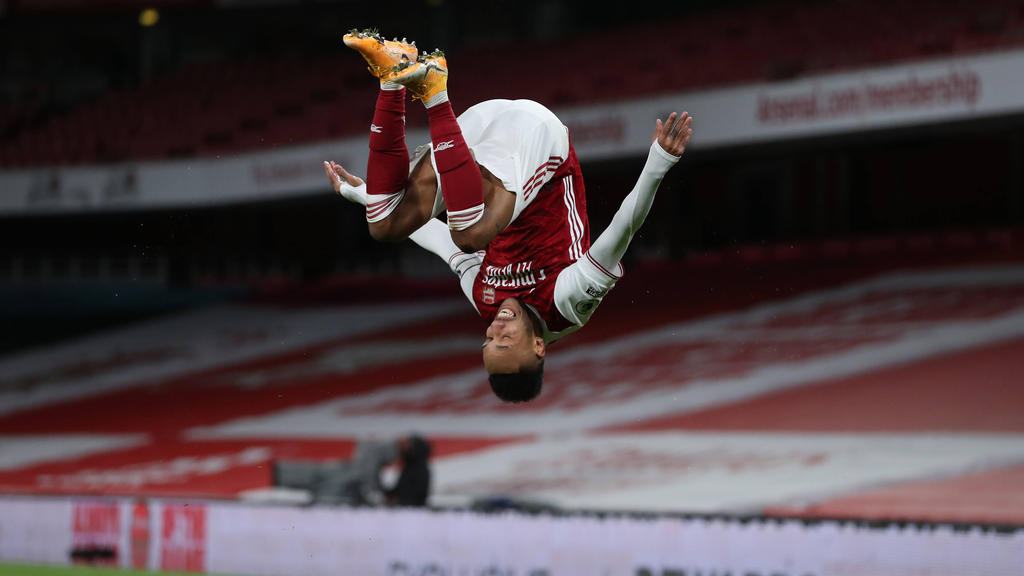